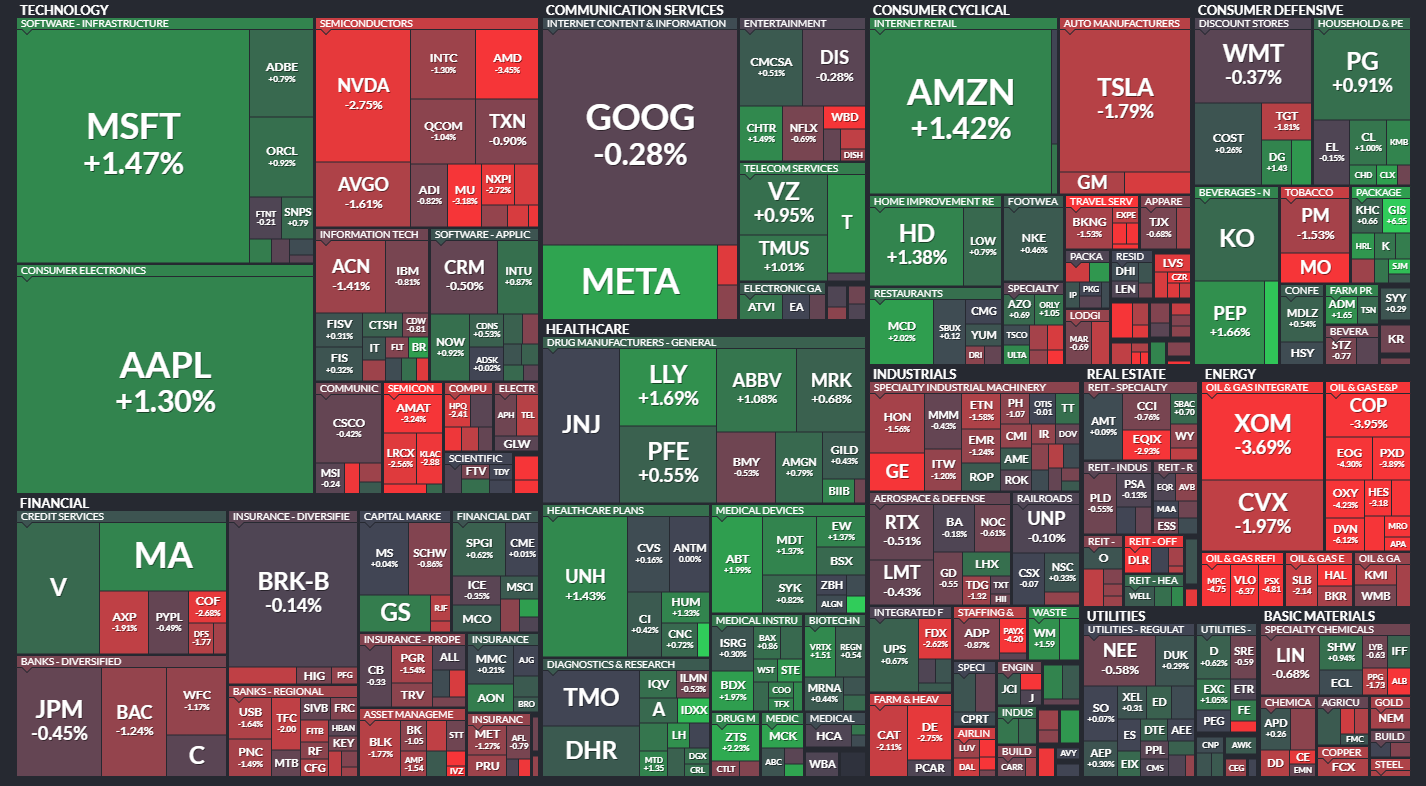 In Supreme Court news, Justice Stephen Breyer’s retirement will be effective Thursday at noon ET. He is being replaced by Judge Ketanji Brown Jackson. ⚖️

Fed Chairman Powell stated that the Fed’s biggest mistake would be to let high inflation persist, suggesting that it must accept higher recession risk to bring down prices. 🔻

Elon Musk surpassed 100 million followers on Twitter today…though how many of those are bots is unknown. 🤣

Snapchat announced a paid version of its U.S. app, priced at $3.99/month, as social media firms try to cope with ad budget cuts. $SNAP shares were up 1.68% today. 🤳

Lastly, we’ll leave you with a hump day joke. What type of vehicle is best for a sideways market?

A Range Rover…we’ll be here all week, folks. 😜

The company is also replacing its CEO Mark Tritton, and its chief merchandising officer Joe Hartsig as pressure from activist investor Ryan Cohen heats up. 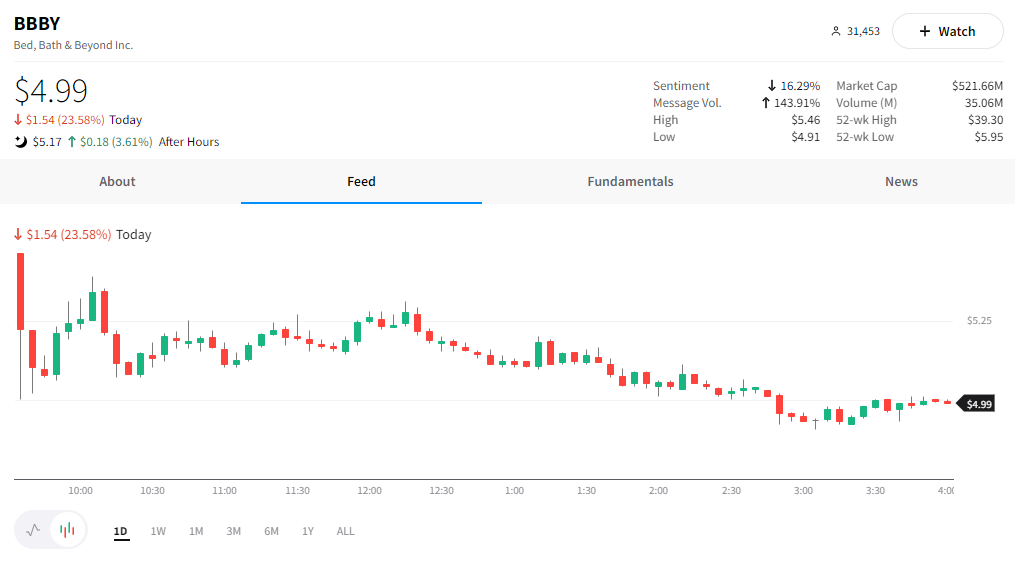 Shares were up 6.35% today after the company topped estimates and raised its dividend by 6% to 54 cents per share.

Despite the weak results, shares were down just 1.39% as investors assessed the company’s future.

Shares were down 4.20% today as investors digested the news.

In non-earnings news, $PINS shares rose 1.32% today after announcing Google executive Billy Ready will replace CEO Ben Silbermann to get the company*ready* for an e-commerce push. 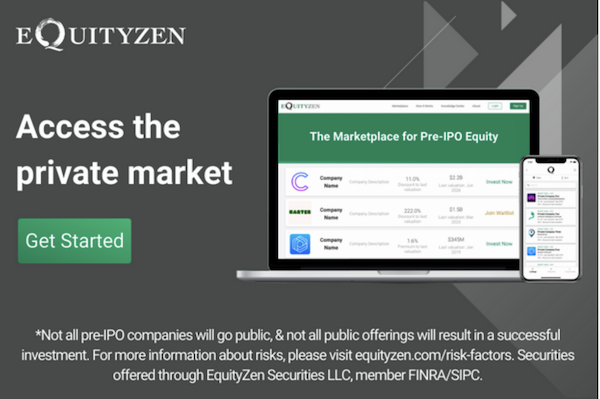 EquityZen is the top pre-IPO marketplace. Sell your private shares or invest in proven startups via our funds. Join over 280,000 shareholders and investors worldwide and access the private market. For information about risks, visit equityzen.com/risk-factors

💵 FTC sues Walmart over money transfers. The Federal Trade Commission is suing Walmart for allegedly allowing scam artists to use its money transfer services. The agency said Walmart didn’t properly train its employees, failed to alert customers, and used procedures that allowed fraudsters to cash out at its stores. Walmart has called the lawsuit “factually flawed and legally baseless.” Read more from NPR.

💊 British Columbia settles with Purdue Pharma. The two parties reached a $116.50 million settlement over healthcare costs related to the opioid crisis, the largest settlement of a governmental health claim in Canadian history. As a result of this settlement, Purdue Pharma Canada “will be released from all past and present government opioid-related claims and liability.” Reuters has more.

🛒 Oaktree’s Howard Marks is searching for bargains. One of the world’s most widely followed debt investors is finding deals amid the market’s recent pullback. The Oaktree Capital founder and co-chair stated, “Today I am starting to behave aggressively.”, which came as a surprise to many market participants given his more conservative outlook over the last few years. More from Financial Times.

🚢 Disney unveils its first new cruise ship in a decade. The company is launching the 4,000-passenger ‘Disney Wish,’ which has been in the works for over six years. Disney CEO Bob Chapek said, “we combine these amazing characters and stories with incredible technology to create brand new experiences.” The Wish is the fifth vessel in Disney’s fleet, which will add two more ships by 2025. Read more from U.S. News.

🛡️ Cybersecurity employees not secure against tech layoffs. As capital markets shift toward companies with a more balanced approach between growth and profitability, cybersecurity firms must adjust with the rest of the technology sector. Although the industry continues to grow, layoffs at firms like IronNet, OneTrust, Cybereason, Deep Instinct, and Lacework show that the industry is not immune to the changing landscape. TechCrunch has more.

🚀 A rocket crashed into the moon, and no one knows where it came from

📉 The company behind Pokemon GO, Niantic lays off 8% of staff and cancels 4 projects

🏖️ The CEO of a $68 billion investment firm suddenly quit, says he’s going to sit on the beach and ‘do nothing’

Remember Adam Neumann, the founder and former CEO of WeWork? The one surrounded by controversy over his leadership and self-dealing who left the company with a massive payout amid a failed IPO?