We discuss those topics and Nvidia’s earnings preannouncement in our main stories. 👇 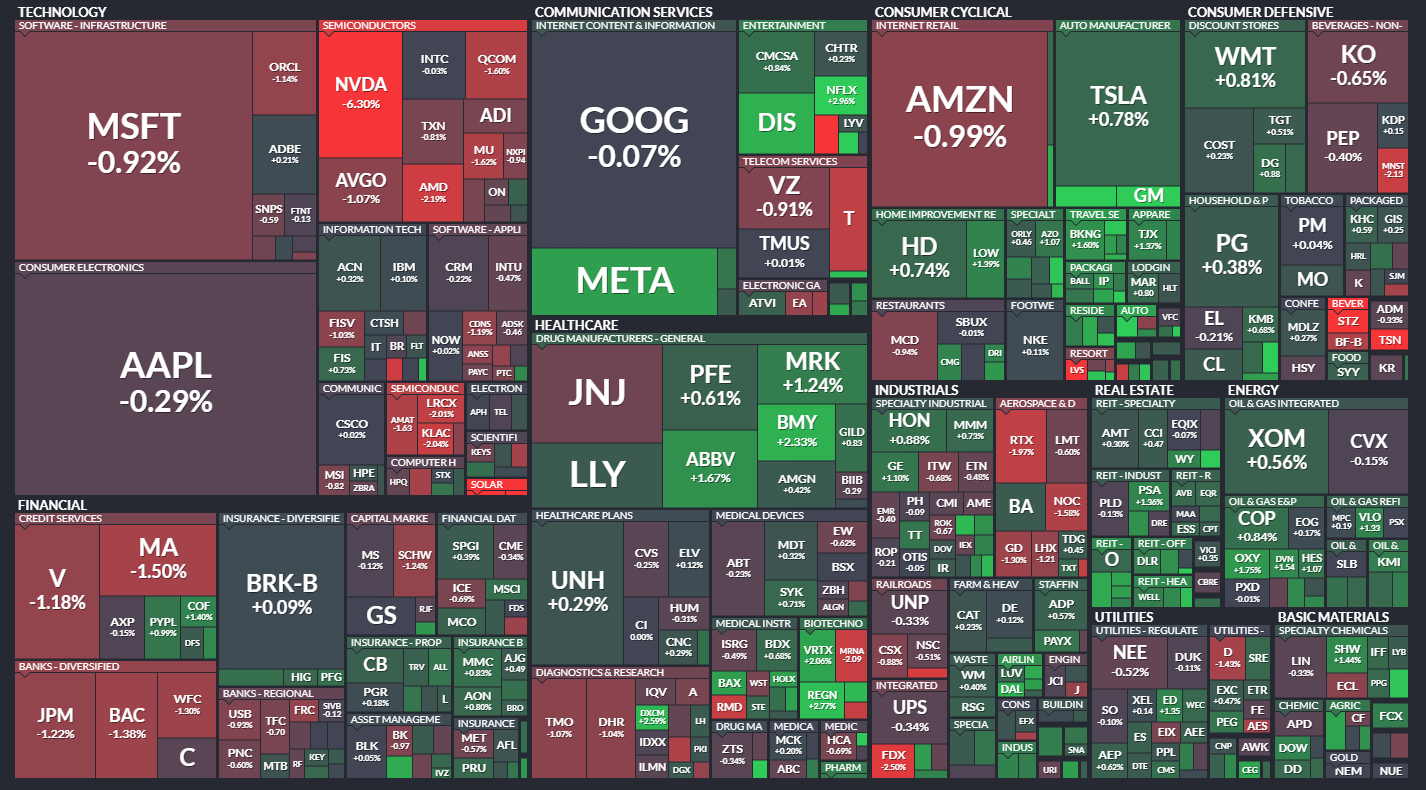 SoftBank reported a record loss in its fiscal first quarter, losing $23.4 billion on its Vision Fund. SoftBank’s founder Masayoshi Son says that the company has been “more selective in making investments” after becoming too emotionally invested in the tech sector. 📉

Carlyle Group shares fell 6.23% today on reports that its CEO Kewsong Lee will step down immediately and leave the firm at the end of the year. 🔻

Elon Musk is back to tweeting, this time touting that he is willing to finish the Twitter buyout under the original terms. He said, “If Twitter simply provides their method of sampling 100 accounts and how they’re confirmed to be real, the deal should proceed on original terms. However, if it turns out that their SEC filings are materially false, then it should not.” 💭

Despite lackluster (or straight-up bad) earnings reports from Bed Bath & Beyond, AMC, Carvana, and Beyond Meat, the stocks are squeezing to the upside. 📈

Below is a chart of their performance over the last ten days since their upward moves began. 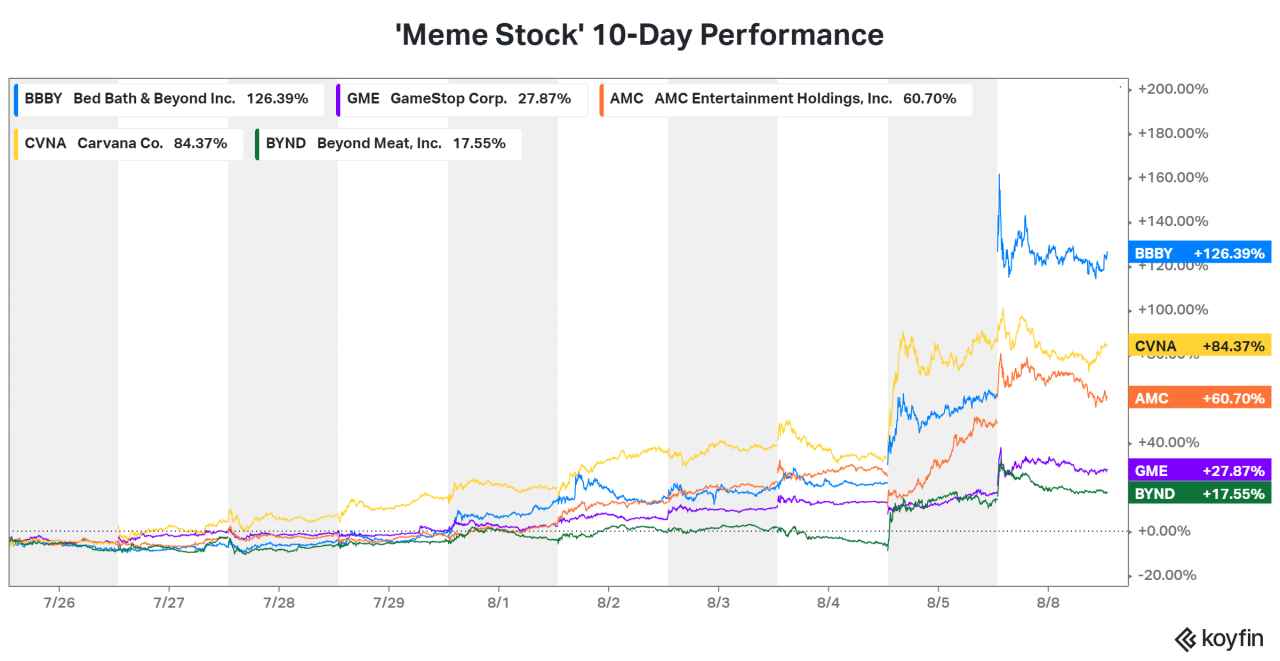 While a lot of the mania we saw in past years has died down along with the overall market’s performance, there’s still plenty of craziness happening (as there always is). 🤪

How long these moves will last is anyone’s guess, but the message is clear. Anyone that thought retail trading activity and collaboration on social media and other platforms was entirely going away may have to eat their words at this point… 🤷‍♂️

Are you trading any of these stocks or avoiding the madness? Let us know. 💭

$TSN shares were down 8.40% as it joins many other companies citing a tougher macro environment and inflation as major headwinds. 🔻 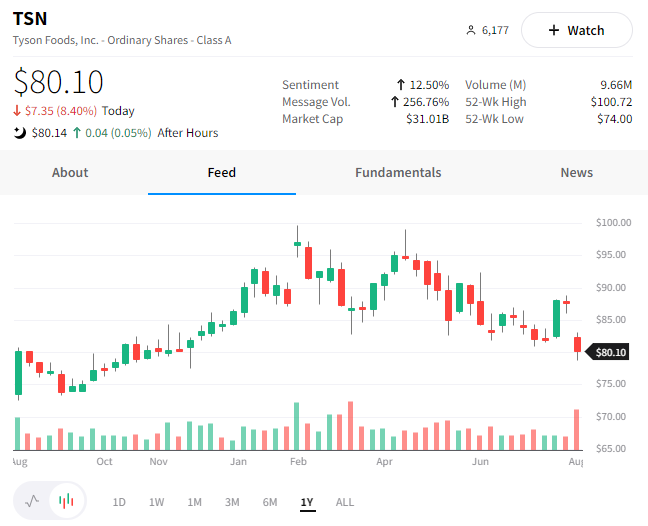 The company’s CFO said that the earnings miss was primarily due to a decline in investments and marketable securities and that its commercial revenue remains strong, growing 46% YoY. 💪

Overall, investors appear focused on the company’s weak guidance, which it says is due to the “lumpiness” of government work. 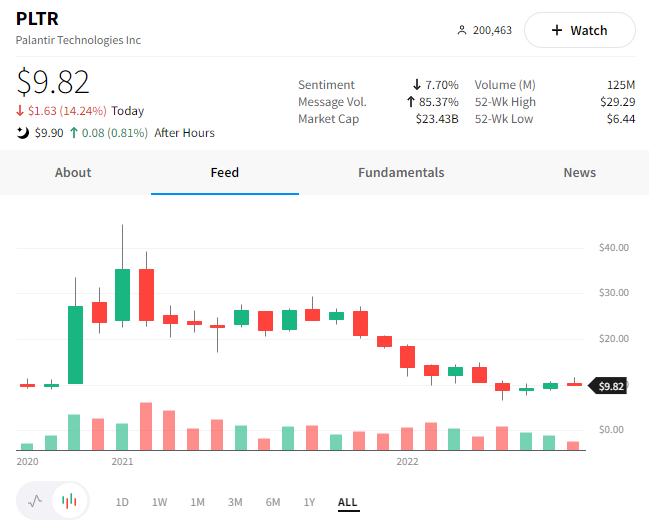 Lastly, another retail favorite, Upstart, rallied 9% ahead of its earnings before giving it all back (and more) after the report. 👎

Despite the optimism from investors throughout the day, the company missed earnings and provided Q3 guidance below consensus estimates.

The lending platform’s co-founder and CEO, Dave Girouard, was singing a familiar tune: “This quarter’s results are disappointing and reflect a difficult macroeconomic environment that led to funding constraints in our marketplace…” 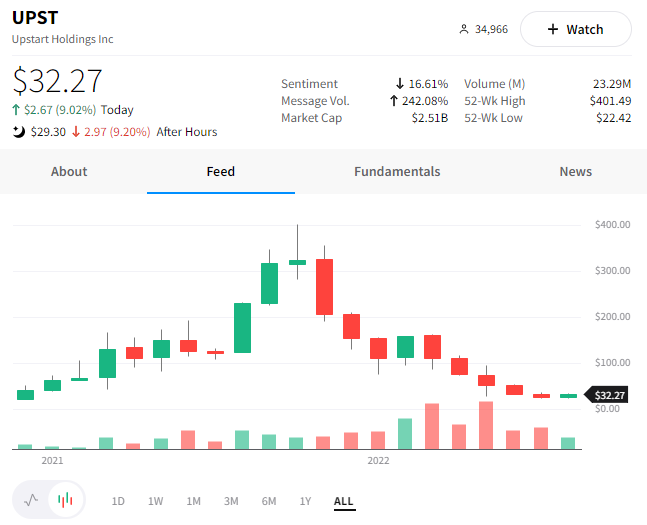 There were some positive earnings too, but these stood out to us. Check out the Stocktwits earnings calendar to keep track of them all. 🗓️ 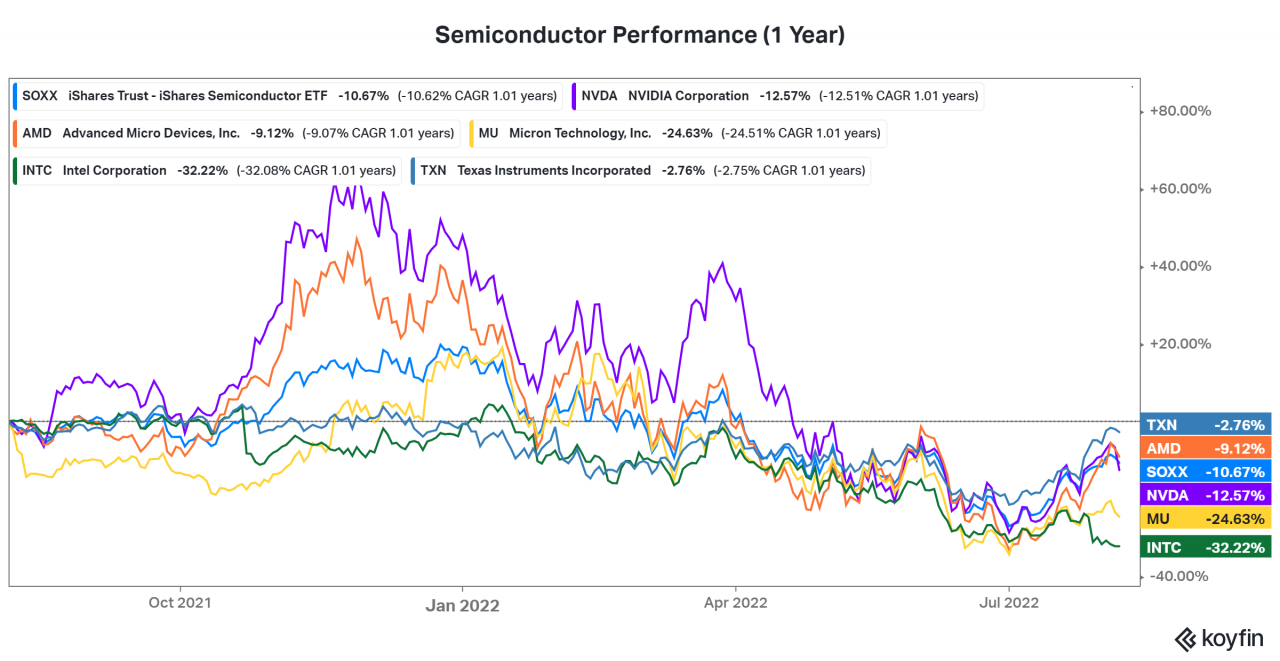 So far this earnings season, we’ve heard mixed results from companies like Taiwan Semiconductor, Micron, Intel, and others. They’ve spoken about slowing demand in the gaming market, PC and tablet sales, and even a slowdown in mobile device sales.

And today, Nvidia added to the evidence that this slowdown is industry-wide by preannouncing its Q2 2023 earnings. The company said it expects revenue to be approximately $6.70 billion vs. its previous guidance of $8.10 billion. The driver of this miss was primarily weaker than expected gaming revenue, which came in at $2.04 billion, down 33% YoY and 44% MoM. 📉

Below is a chart from the release highlighting some key data points. 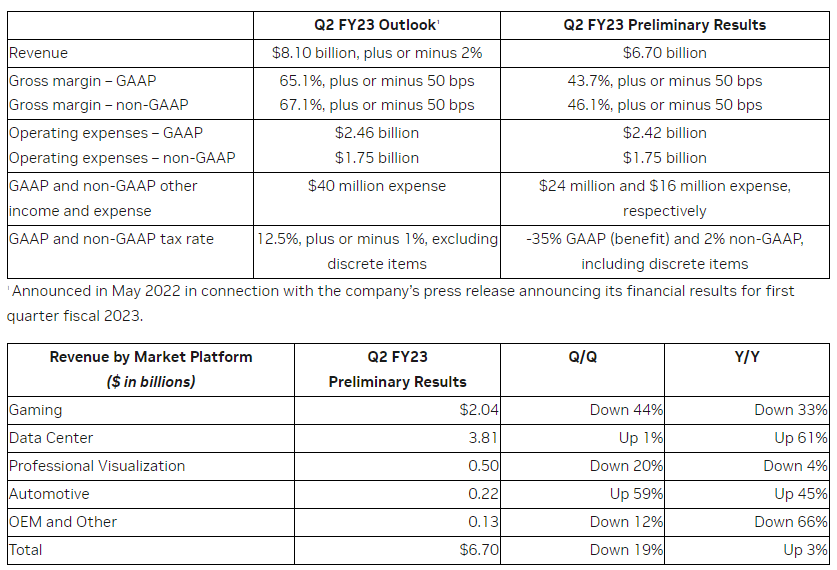 $NVDA shares were down 6.30% today at the close and put pressure on its peers as investors cope with the fact that this highly-cyclical sector is likely in the midst of a broader slowdown. 😨

⚖️ Tesla beefs up its legal team with a key hire. The company has hired former Hewlett Packard Enterprise Co lawyer Derek Windham to lead its in-house corporate and securities legal team. The company and its founder, Elon Musk, are often in the headline and crosshairs of various lawsuits, so investments in its legal team are probably a good call… Reuters has more.

🎮 99% of Netflix users haven’t tried its games. As the company diversifies its content bets to gaming, it’s facing one problem…nobody is playing its games. Netflix’s games reportedly average 1.7 million daily users, which is less than 1% of its 221 million global subscribers. It’s still early in the process, and the company looks to have 50 games available by the end of the year, but it will need a lot more progress to make up for the slowing growth in its subscriber base. More from The Verge.

📰 Axios sells itself for $525 million. A family-owned conglomerate, Cox Enterprises, will be purchasing Axios for roughly five times its projected 2022 revenue. The company was founded in 2017 and is known for its bulletin-style reporting of politics, business, and tech news. The communications software business Axios HQ will become an independent company majority-owned by Axios co-founders, and Cox Enterprises will be the sole minority investor. Reuters has more.

📱 Major tech company infiltrated through an SMS phishing scam. A company’s security is only as good as its weakest link. And in many cases, people are the weakest link. If you have a phone with text messaging, you probably receive a lot of spam, including phishing scams designed to socially engineer sensitive information from you. That’s what happened to two Twilio employees who gave these hackers information needed to access to the company’s systems and some customer data. More from TechCrunch.

🤝 Taxing times in the tech world mean more deals for private equity firms. The tech downturn has been bad for some companies but great for others, especially cash-rich private equity firms, as we see another major deal crossing the tape. Vista Equity Partners will acquire the automated tax compliance company Avalara for $8.4 billion, with the deal expected to close by the end of 2022. TechCrunch has more.

⚖️ Google is suing Sonos over patent infringement once again

🚶‍♂️ Two-minute walk after a meal helps fight diabetes as it helps muscles to soak up fuel from food, experts say

Dow Theory is a commonly-referenced technical analysis concept, and it’s popping up on people’s radars again these days. 👀

There are six basic tenants to the theory, including:

A Stock In Dire Need Of The Right Aid

The drugstore chain reported adjusted earnings per share loss of $0.63, below the $0.50 expected. Meanwhile, revenue fell about $200 million YoY to $5.901 billion.