Well, the weekend could have been worse. Even though a metric crap ton of FUD and negative news about FTX and SBF came out, the market was surprisingly resilient.

We’ve updated our FTX News Update Megathread to highlight the biggest stories since Friday. Also on deck for today is a look at what happened with Crypto.com over the weekend, as the contagion from FTX has put everyone’s spidey sense on high alert.

And in a special Technically Speaking article, we’ll look at what analysts see from a time cycle perspective when there could be a turnaround in this market.

Here’s how the rest of the market looked at the end of the trading day:

Crypto.com Caught In The Crossfire 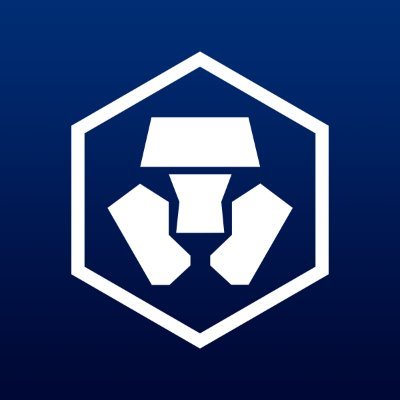 My bad. Didn’t check. My fault. Oops. That’s on me. Sorry about that. Darn.

Ever sent your crypto to the wrong address? It sucks. But you probably haven’t made a mistake worth $400 million.

Some poor sap at Crypto.com made a big, big oops. That person accidentally sent 320,000 Ethereum ($ETH.X) to the wrong address. The address was to another exchange, Gate.io. Thankfully, the Gate.io address was a corporate wallet owned by Crypto.com – so it was promptly sent back. But still. That’s a big oops.

The intended recipient was Crypto.com’s cold storage wallet (wallets that are not connected to the internet). Crypto.com CEO Kris Marszalek Tweeted:

The ETH transfers that generated so much FUD & speculation on Twitter today were made over three weeks ago, on October 21st to https://t.co/pFc4Pz9nFR’s whitelisted corporate account at https://t.co/Mr9GCkL2gV.

Because of FTX’s demise, the crypto community as a whole has been uber-sensitive now to any exchange even hinting that something could be considered sneaky.

Over the weekend, Crypto.com’s $CRO.X took quite a beating, closing nearly -23% on Saturday, falling even further on Sunday to lows not seen since April 2020, but it recovered the great majority of those losses and closed higher.

To show transparency and show Proof-Of-Reserves, the Crypto.com CEO worked with the blockchain analytics firm Nansen to show Crypto.com’s reserves:

People have reported on Stocktwits and Twitter that there has been a noticeable increase in withdrawal times over the weekend. Not surprising when you consider Crypto.com’s Ethereum hot wallet averages 6,000 transactions a day, but on Sunday, it experienced 90,000.

If solvency and liquidity issues pop up with Crypto.com, we’ll be sure to update you ASAP. 🏛️

Sam Bankman-Fried’s still sorry, but now he says his memory isn’t great From The Block

Ok. Get your tin-foil hats on. You’re about to look at some crazy Technical Analysis, and it’s all about time cycles. And it’s a form of cycle analysis known as Gann Analysis. Like I said, get that tin foil hat ready.

The only thing you need to know about Gann for this article is that he focused on the variable of time. Time, Gann wrote:

“Time is the most important factor in determining market movements, and by studying past price records you will be able to prove to yourself history does repeat, and by knowing the past, you can tell the future. There is a definite relation between price and time. By studying time cycles and time periods, you will learn why market tops and bottoms are found at certain times, and why resistance levels are so strong at certain times, and prices hold around them.”

Let’s take a peek at what some analysts are looking at with Gann’s approach to Bitcoin ($BTC.X).

As a big-time commodity trader, Gann focused a lot on seasonal dates, specifically the dates of seasonal changes. He also focused heavily on anniversary dates. And by anniversary dates, he means the dates of major highs and lows (i.e., all-time highs and lows). Gann wrote that market participants must pay attention to the day, week, and month of a major high/low because that date will likely be important in the future as a turning point in the market.

The chart below is the weekly chart of the SPY ($SPY). The blue vertical lines on the chart indicate Gann’s Seasonal Dates of March 21 (Spring), June 22 (Summer), September 23 (Fall), and December 22 (Winter).

Some analysts believe that major and minor highs will likely appear around those seasonal dates – you be the judge.

Another example is this analysis from back on December 12th, 2018 – almost four years ago – highlighting key anniversary dates for Bitcoin that are still relevant today.

This is where you should put on that hat. Out of all the various methods in technical analysis, none is odder or easily dismissed as stupid as the use of the science of astronomy.

For some technical analysts who primarily study cycles, astronomical cycles are a normal part of that analysis. It’s a science, and orbital bodies like moons, planets, and asteroids have fixed patterns they follow. For example, Apogee and Perigee.

Apogee is when the Moon is furthest from Earth, and Perigee is when it is closest to Earth. Those distances change the height of tides on Earth.

Gann Analysts focus heavily on the Moon phases, retrograde cycles, etc., etc. Hey – don’t dismiss this just yet. Tradingview has a Moon Phase indicator, and Optuma (the software used for many of the images in this article) is a professional suite of stupidly expensive analyst software that pulls data from NASA’s JPL for its astronomic data.

In a nutshell, Gann taught that clusters of time cycles are important to observe and record. So what are some of today’s Gann Analysts looking at? They’re looking at the final part of December 2022 as a time to watch.  That time cluster includes these dates:

If the chart above looks familiar, it should. It’s from the Technically Speaking article from September 2, 2022, highlighting the Kumo Twist that exists between December 2022 and January 2023.

Kumo Twists have a high probability of becoming market turning points if a market trades strongly in a single direction.

Traders and analysts see a combination of Gann Analysis and the Ichimoku Kinko Hyo system time cycles, all converging to a date range in late December 2022.

Those traders and analysts warn that Bitcoin and the broader crypto market may find a major turning point around that time period. 🤯

👨‍⚖️ Just what the cryptocurrency space didn’t need: crypto hater Congressman Brad Sherman used FTX’s collapse to sound off on crypto. “For years I have advocated for Congress and federal regulators to take an aggressive approach in confronting the many threats to our society posed by cryptocurrencies…I believe it is important now more than ever that the SEC take decisive action to put an end to the regulatory gray area in which the crypto industry has operated.” Read more from Bitcoin Insider

💳 One company’s loss is another company’s opportunity. Crypto lender BlockFi ($BLOCKFI.P) has had a rough couple of years. BlockFi announced on November 11 that they were suspending withdrawals due to FTX’s demise. At the same time, customers with the BlockFi credit card reported the cards stopped working. Curve Finance ($CRV.X) reports that they are working with BlockFi’s BaaS provider, Deserve, to acquire BlockFi’s 87,000 credit card customers. Full story from Cointelegraph

🚨 Co-founder of Terraform Labs ($LUNC.X) Daniel Shin has been summoned by South Korean prosecutors to participate in an investigation into accusations of fraud. Shin is accused of using undisclosed, pre-issued LUNA tokens to make a profit of over $100 million. They also want him to talk about any insider trading or price manipulation that may have occurred. Full story from Forkast

💦 Nike to debut its own platform for web3 wearables

Lots of choppy price action today before heading into the weekend. 🥢

It’s been one hell of a week for all markets, and it’s clear that traders, investors, and analysts are still digesting the central bank decisions from the Fed, the European Central Bank, and the Bank of England.

Welcome to the Stocktwits Crypto Data Dive for Week 5 of 2023!

This data-centric issue aims to keep track of the overall crypto market’s progress and highlight new and old trends. 🤩

Yesterday the U.S. Federal Reserve raised interest rates by 25 bps and set the stage for ongoing rate increases as it continues to battle inflation. 📰

Today, we heard from the European Central Bank (ECB) and Bank of England (BOE), which also continued tightening. Let’s see what they had to say.

The Ark Innovation ETF, $ARKK, had its best performing month ever in January – with a lot of its performance likely due to its $COIN holdings. 💯