Good evening, ladies and gents! We hope you all had a wonderful Wednesday. ❤️

8/11 sectors soared upwards. 🚀 Real estate, healthcare, and utilities all gained over 0.5% to close at record highs. Energy descended 0.64% as the weakest link.

Biogen blasted 9.46% on news that Samsung Group is in discussions to purchase the drug maker for possibly more than $42 billion. 💰 💰

We’re two days out from New Year’s Eve, which means it’s time to reminisce about some of the exciting news stories we covered throughout the year. ✨ But first, here are the closing prints:

As we reminisce about the events of 2021, no year-end recap would be complete without discussion of (*drumroll*) GameStop, AMC, and the Rise of the Retail Trader. 🚀 🚀

In the last week of January 2021, we witnessed what one could arguably call a financial revolution. As a mass of online retail traders — normal people armed with the fury and might of social media — pumped funds into $GME, the stock rose over 500% in days to pummel several notable hedge funds. Other tickers also amassed astronomical gains that week, including AMC Entertainment and others. The army of traders who initiated the flood of capital into $GME, $AMC, etc. came from WallStreetBets, a Reddit community for retail investors interested in open conversations about investing.

One particular WallStreetBets investor who played a key role in the making of Memestocks was Keith Gill, better known as “DeepF-ingValue” on Reddit or “Roaring Kitty” on Youtube. Gill is an influencer who never expected his love for undervalued stocks to gain momentum. However, his livestreams about undervalued companies eventually contributed to a movement of online traders posting screenshots of their day’s impressive wins (or losses.) When Keith Gill was interviewed by the Wall Street Journal about his role in pumping $GME, he shared “This story is so much bigger than me. I support these retail investors, their ability to make a statement.”

So what did Stocktwits have to do with all of this? As we mentioned in yesterday’s Daily Rip, $GME was the #3 most viewed and most active asset on Stocktwits, as well as our #4 most added ticker in 2021. AMC Entertainment took home the gold as the most viewed, most added, and most active ticker in its asset class. 🏆 As a matter of fact, there’s still action on Stocktwits’ AMC cashtag (check out the stream here — $AMC message volume is up 90%, and bearish sentiment has a +41% boost at the time of this writing.) There’s no shortage of discussion about these companies on Stocktwits, even though we’re almost a year out from January’s market ‘revolution.’ 🤘

Tequila connoisseurs are a dime a dozen. But tequila owners? Now there’s an opportunity you may want to sip on.

The tequila market is expected to reach $14.7 billion by 2028, and unlike other investment opportunities, this one goes down easy.

AsomBroso Tequila has received numerous awards and honors from some of the top tequila experts in the industry. With $20M in historical sales and a truly unique liquid profile, the possibilities are endless for this ultra-premium tequila.

Grab your seat at the bar today and invest in AsomBroso for as little as $480!

You should read the Offering Circular (Asombroso OC) and Risks (Asombroso Risks) related to this offering before investing. This Reg A+ offering is made available through StartEngine Primary, LLC, member FINRA/SIPC. This investment is speculative, illiquid, and involves a high degree of risk.

2021 was the year of the Doge Father, aka Elon Musk. The world’s richest man thoroughly enjoyed himself as he pumped meme coins throughout the year. Here’s a timeline of all things Elon and $DOGE.X. ❤️

Elon first got the meme coin rockin’ on Jan 28 after he posted this satirical Dogue magazine cover on Twitter. Just like that, the coin surged 340% in a day and reached record highs. 🚀 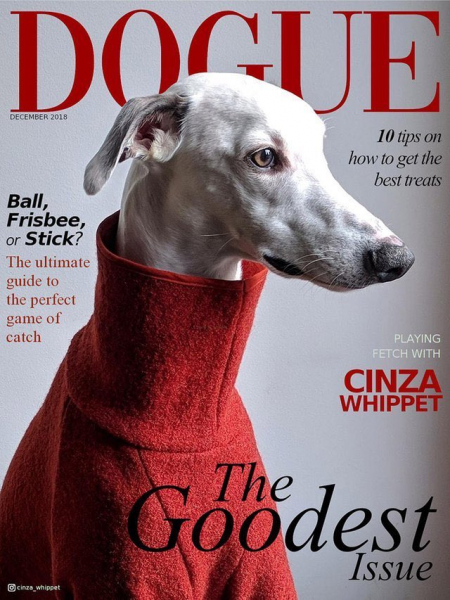 Just a week later, Elon hopped back on his soap box to tweet about how “Dogecoin is the people’s crypto. No need to be a gigachad to own.” In this tweet, Elon emphasized that you don’t need a PhD to profit from cryptocurrencies. $DOGE.X drove up another 42.4% on Feb 9. 🤑

The coin took a much-needed breather from early February until the beginning of April. But things started heating up again as anticipation built prior to Elon’s SNL show. The coin ran up another 90% and broke into all-time highs above $0.50 in the week before Elon’s skit.

After suffering a rough patch through the summer and into fall, Doge rose 19% from the dead on Dec 14 after Tesla’s announcement that the company will accept $DOGE.X as payment for merchandise. 🤭 Elon wasn’t shy in voicing his support of Dogecoin, claiming “[Doge] encourages people to spend, rather than sort of hoard as a store of value” in a comparison to Bitcoin.

Was Doge’s pump entirely reliant on Elon Musk?? Nobody really knows for sure, but there’s no denying the meme coin’s incredible run in 2021. $DOGE.X has gained an astounding 3,522% YTD. Here’s the weekly chart since Jan 2021:

NYE In The Metaverse?

As we approach 2022, it’s only fitting to honor Facebook’s mind-boggling ‘meta transformation‘ this year with mention of the world’s biggest New Year’s Eve party now happening in the metaverse. 😅 After all, we found out Oculus VR’s app was Apple’s most-downloaded app on Christmas Day, so we can all attend, right? 😉

Jamestown, the owner of One Times Square, will replicate the 26-story tower at the heart of NYC’s New Year’s Eve ball drop in Decentraland:‘‘Recreating One Times Square in the Decentraland metaverse is part of a larger digital asset strategy to evolve and enhance our physical real estate for Web 3.0 and open new pathways for our assets to exist in multiple metaverses in the future,” said Michael Phillips, President of Jamestown.

This isn’t the first time Jamestown has bet on the metaverse. Last year, the firm debuted the app VNYE, which offers a virtual space for users to experience New York traditions. Some of those traditions include exploring the Times Square Plazas, collecting confetti to earn points for avatars, and visiting the observation deck at One Times Square. 🤭

MetaFest 2022 will feature music and entertainment acts, VIP rooftop lounges, CryptoArt galleries, and immersive games. Through livestreams of New York City, virtual billboards will connect the event to its physical counterpart. Along with One Times Square, the area consists of approximately 170 LAND parcels, which include five buildings with distinct exterior aesthetics and active interiors. 🏡

This event coincides with the real Times Square Ball Drop, which will feature only 15,000 socially distant and fully vaccinated attendees. Decentraland’s New Year’s party is an extension of the ongoing metaverse trend where the value of virtual real estate continues to rise.

A lot of fun and exciting things happened in 2021, but the rise of inflation in the U.S. is not something anyone is stoked about. Oh, and neither were the supply shortages or big corporations’ failure to properly compensate their workers. 👎

In November 2021, inflation surged to its highest rate since 1982 — the CPI increased 0.8% in November alone. November’s CPI boost elevated the year-over-year inflation rate to 6.8%.

Higher inflation means a higher cost of goods and services. Last month, energy prices rose 33.3% and gas prices are up a whopping 58.1%. Used car/truck prices are up 31.4%, +2.5% in November alone. Thankfully, the consumer confidence index rose a couple points in early December, which could point to easing fears about the U.S. economy.

Some economists believe inflation is approaching its peak (we can only hope.) Randy Frederick, a managing director of trading and derivatives at Charles Schwab, shared: “There’s no question no matter how you look at it, even if you take out the extremes caused by the pandemic, it’s still very high inflation. This is still supply chain disruption, semiconductor-related inflation.” Will 2022 welcome that inflation peak?? 🙏 Only time will tell.

In addition to rampant inflation, 2021 saw a new labor movement which coincided with widespread supply shortages. Liz Young, the chief investment officer of Sofi, commented: “Now we’ve got this weird problem of inflation being high, and a labor market that’s sort of stuck, and that’s what the rest of the year ended up being about.”

In 2021, older Americans retired in droves as stimulus-related gains fueled the growth of their retirement plans; younger professionals participated in the Great Migration, or the mass exodus of skilled workers leaving their offices in search of greater flexibility (often to get time at home with family members) and more fulfilling employment opportunities. These two factors combined with the development of worker coalitions challenging corporations for better pay and working conditions made 2021 a monumental year for the evolution of ‘work’ in the United States.

Between widespread labor movements, workers’ Great Migration, growing inflation, and short supply of d*mn near everything in the U.S. right now, hopefully 2022 welcomes an era of solutions to these challenging economic issues. 🤞

⚡ 2021 Was The Year Clean Energy Finally Faced Its Mining Problem