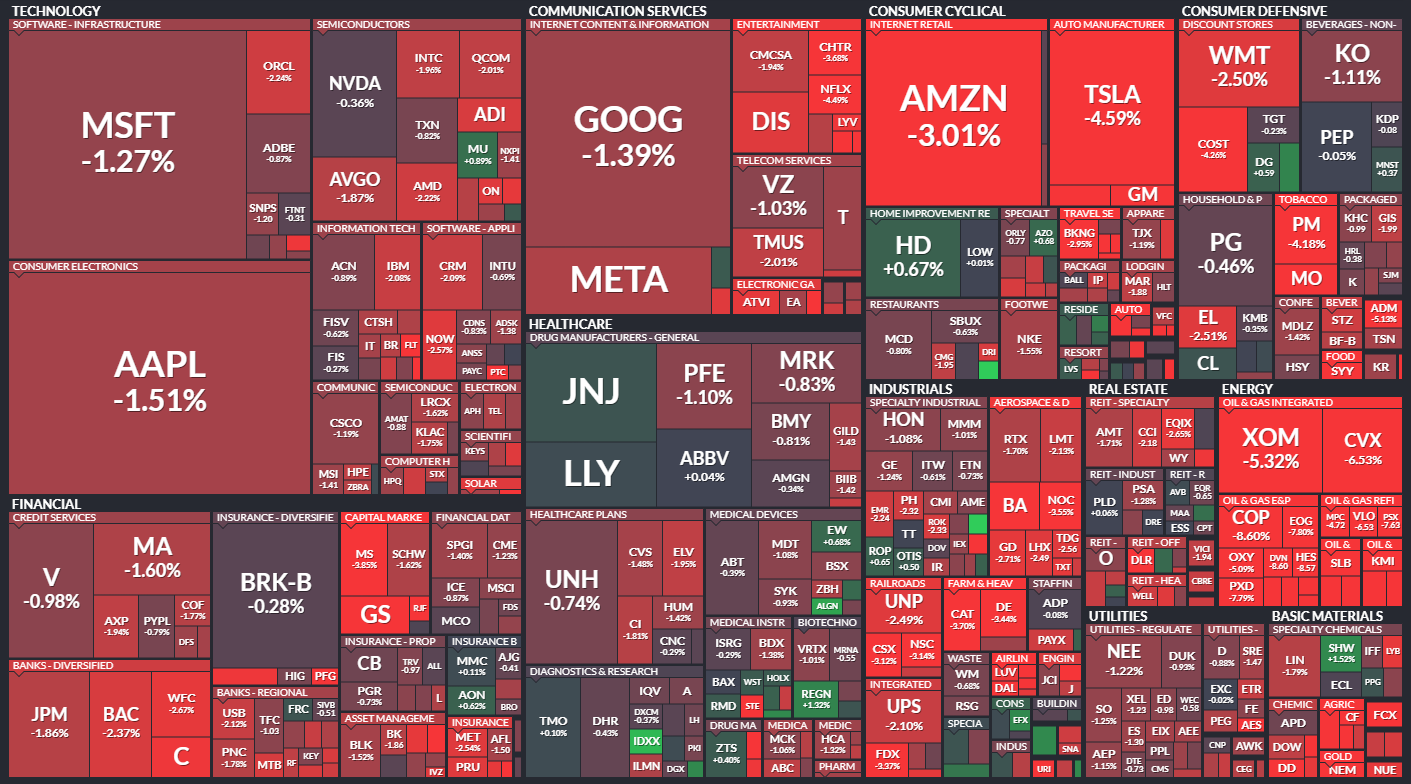 FedEx fell 3% as markets digested its earnings report, where the company focused on cost-cutting amid weak global demand. 📦

Costco declined nearly 4% despite beating earnings expectations. Investors appear focused on the company’s declining gross margins and that it didn’t hike its membership fees like rival Sam’s Club did in August. 🛒

And in a sign of the current economic times, Google CEO Pichai told employees not to ‘equate fun with money’ in a heated all-hands meeting. 🥵

The policy decisions are a clear case of the country’s fiscal and monetary efforts being at odds. The Bank of England is raising interest rates to slow the economy and contain inflation. And now, the government is making efforts to increase economic growth. 🤦

Meanwhile, the tools both sides are using affect demand and don’t solve the supply-side issues that are pushing prices up throughout the country.

Market participants say these actions have caused U.K. officials to lose whatever credibility they had left in the financial markets. And given the overall mess its economy and energy markets are in, many expect the country to be in for a very cold winter… 🥶 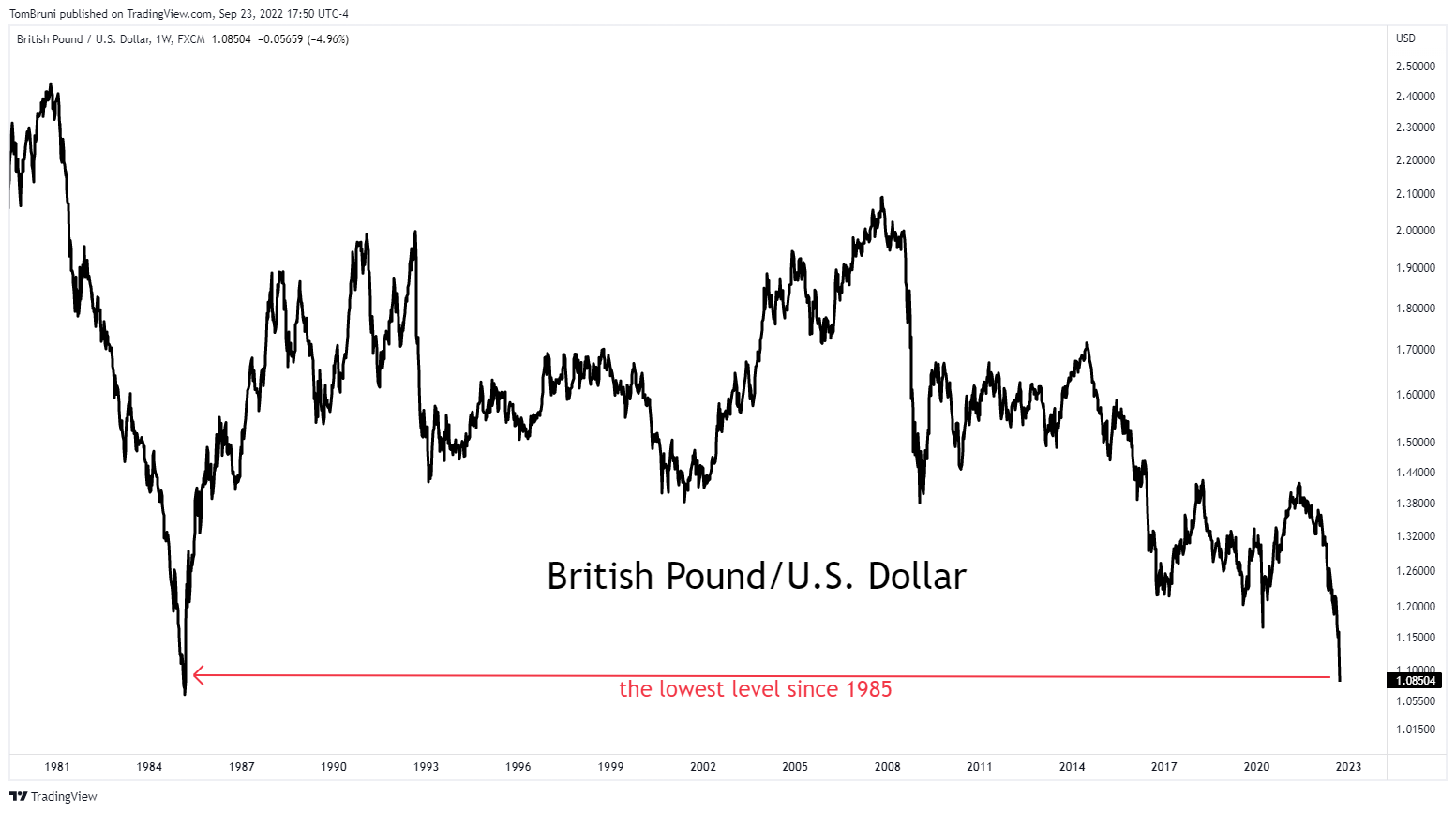 It started speaking with investors about the move in recent weeks, considering a variety of options. One of the more drastic options includes exiting the U.S. market entirely. This would mean selling its U.S. investment banking and asset management businesses. Though, the company has said it will not exit the U.S. market.

As the global economy weakens and rates rise, what’s clear is that struggling companies like Credit Suisse will have a harder time executing their turnaround strategy. They no longer have cheap financing and rising equity markets as a backdrop. Instead, they face the most challenging business and financing environment in over a decade.

The company’s next steps remain to be seen. But so far, investors don’t appear to have a lot of optimism as shares fell 12% today to a new all-time low. 😬 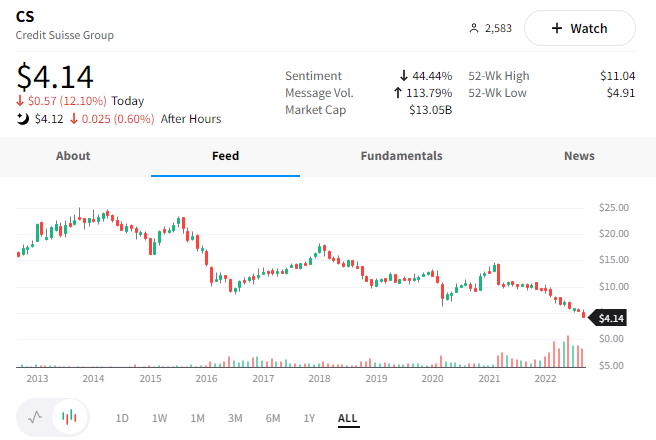 💰 Cano Health explores a possible sale after receiving buyout interest. The U.S. primary care provider is working with advisors to explore a sale after receiving acquisition interest from Humana and CVS Health. The company went public last year through a SPAC but received buyout interest after its streak of poor results. A source familiar with the situation said a deal could be finalized in the coming weeks. Reuters has more.

♻️ GM invests in Canadian battery recycler. The U.S. automaker is partnering with Lithion Recycling, a developer of advanced battery recycling technology, to produce new batteries from recovered battery materials. The partnership comes as it aims to scale EV production in North America amid supply shortages and rising costs. GM and other automakers are pushing for more control over the supply by onshoring operations and bringing more of the battery lifecycle in-house. More from TechCrunch.

💸 Raytheon jumps ahead in the contracting race after receiving a $1b grant. The Pentagon awarded the company a $985 million contract to develop prototypes for a hypersonic attack cruise missile, putting the firm well ahead of rivals to become the lead developer of these weapons. Hypersonic weapons travel in the upper atmosphere at more than five times the speed of sound and are the latest development in the arms race between the U.S. and China. Reuters has more.

🤑 Strava co-founder enters a new lucrative market. Mark Shaw’s insurtech company, Inclined, just raised $15 million in Series A funding to keep growing and building out its technology. The startup lends against whole life insurance policies, intending to digitize “many of the traditional time-intensive operations” involved in the process. There is currently $1.1 trillion of cash value in U.S. whole life policies, but the current lending market is $150 billion. Shaw sees that as the company’s initial opportunity. More from TechCrunch.

🤔 Does every company need a “Chief Metaverse Officer?” Disney, P&G, LVMH, and other major companies have invested in chief metaverse officers to plot a course through the next chapter of the internet. What that actually means remains to be seen, with some onlookers suggesting these companies are simply getting involved because of “FOMO” or fear of missing out. We’re still in the early innings of this new trend, which means this is not the last time we’ll hear about “the next frontier” that is the Metaverse. Bloomberg has more.

The culprit this time? Wholesale vegetables…which saw a 38% surge. This caused the overall food index to rise 3.3%, which offset the 3.3% decline in energy costs.