📈 Stocks capped off their fourth straight week of gains, and cryptocurrencies their sixth, as risk assets continue to rally.

🌡️ July’s Consumer Price and Producer Price indexes both showed a downtick in inflation, driven primarily by the decline in energy prices. We also discussed why some investors are looking to crude oil’s chart as a real-time read on inflation.

💬 It may be 2022, but ‘meme stocks’ are still alive and well, including Bed Bath & Beyond, AMC, Gamestop, and more. Each week there seem to be new editions to the list, this week being Magic Empire Global Ltd.

🔻 Nvidia’s pre-announced earnings and forecast put a damper on semiconductor stocks early in the week, though the sector ETF $SOXX did rebound to close with marginal gains.

⏪ Peloton announced the second round of major changes to its business this year, sending the stock soaring as investors weighed its turnaround story.

🔥 Several names were on the Stocktwits trending tab for a good portion of the week, including $VERU, $MEGL, $AMC, $HLBZ, and $TTOO.

🗡️ Apple issues another blow to Facebook’s advertising business. A recent job ad showed that Apple is building a team to manage a demand-side platform (DSP) and has been offering more advertising placements in its App Store. The company has been making it harder for companies that rely on tracking across other apps and websites to operate. As Apple continues its efforts to make advertising a meaningful revenue generator for its business, many expect it will continue making other ad-tech companies’ activities more difficult within the Apple ecosystem. Forbes has more.

✈️ SAS continues its restructuring with $700m in funding. The Scandinavian airlines raised funds through Apollo Global Management and will use them to continue its bankruptcy turnaround. The airline filed for U.S. bankruptcy in early July after failing to reach an agreement with pilots over wages, triggering a strike that crippled its operations for several weeks. It expects to complete the Chapter 11 bankruptcy process in 9-12 months but can’t expect any more cash from the Swedish government. Though Denmark says, it could provide more funds if SAS finds further support from the private sector. More from Reuters.

🚢 Sri Lanka allows China’s survey ship to dock in its port. As Sri Lanka faces its worst economic crisis in post-independence history, India and China are vying for more regional influence. Now, despite pushback from India and the United States, the country is allowing China to dock its survey vessel Yuan Wang 5 at its southernmost port. The ship is China’s newest space-tracking ship, used to monitor satellite, rocket, and intercontinental ballistic missile launches. Reuters has more. 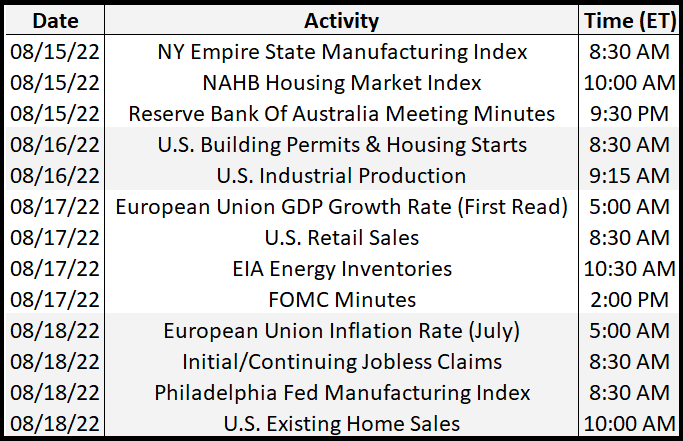 This week the U.S. will see some key housing and manufacturing data. In addition to the above, check out this week’s complete list of economic releases.

Earnings season is past its peak, with 243 companies reporting this week. Several tickers you may recognize are $WMT, $TGT, $HD, $CSCO, $BJ, $AMAT, and $DE. 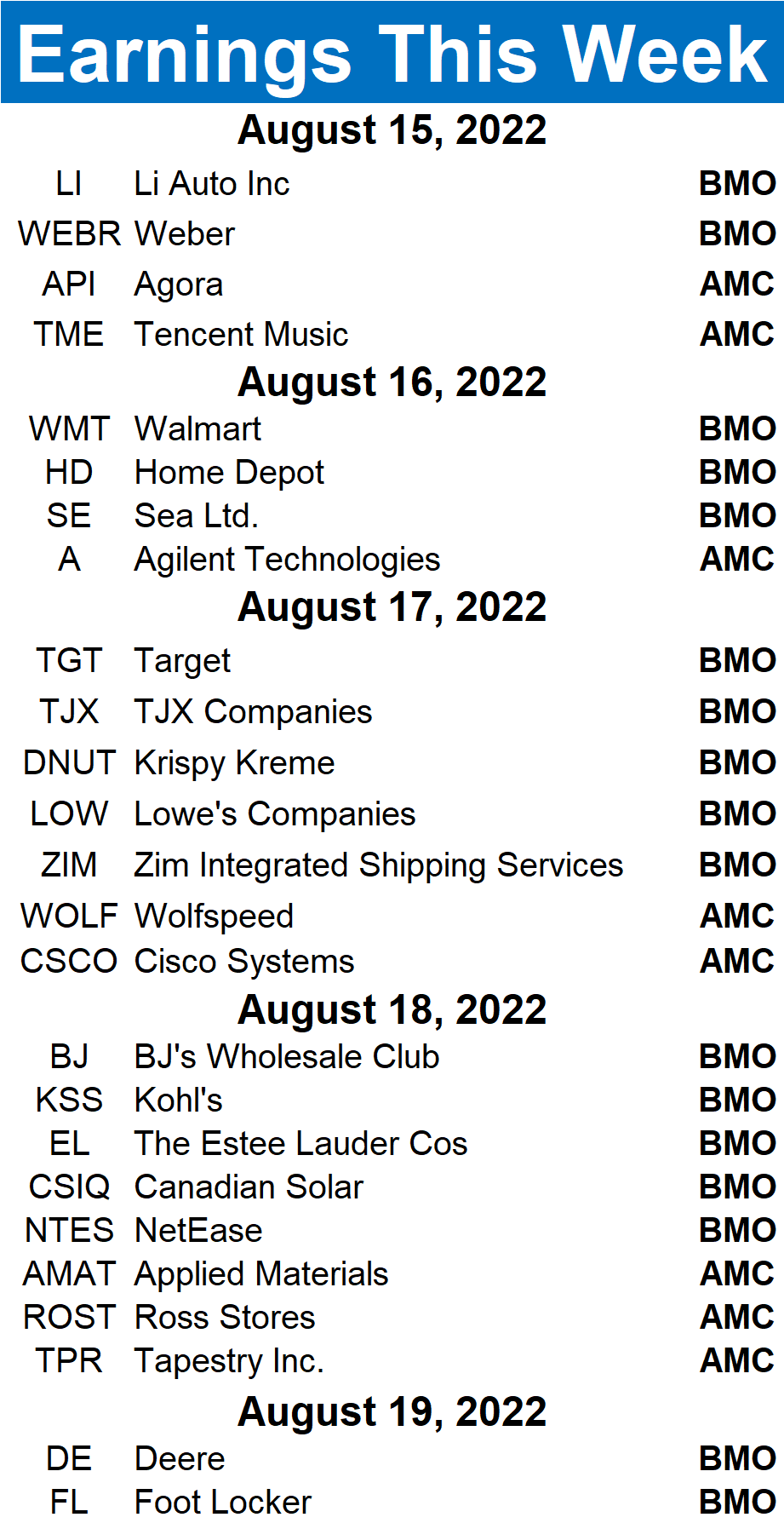 💄 People are spending lots of money on makeup and beauty, and retailers are cashing in